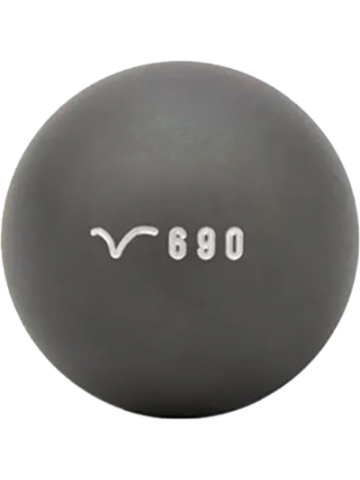 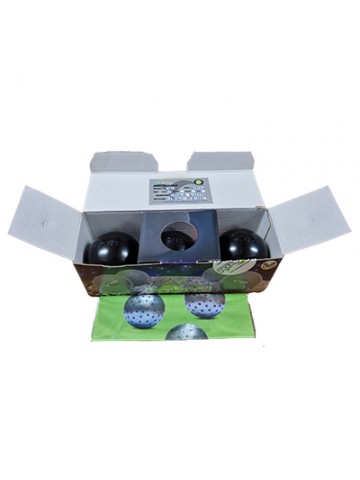 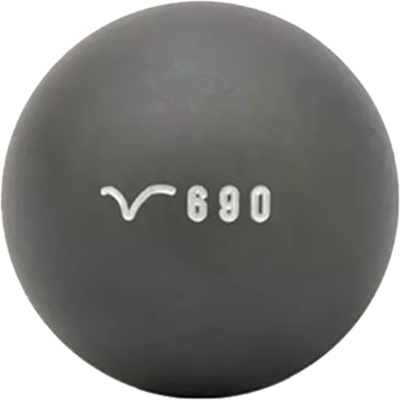 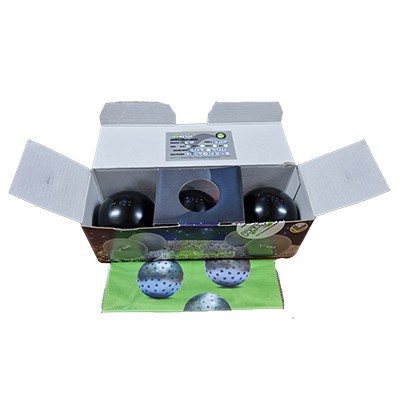 By buying this product you can collect up to 15 point points. Your cart will total 15 points that can be converted into a voucher of €7.50.

To whom are destined balls A petanque?

Soft ball par excellence, triplet Boulenciel Venus Carbone has a hardness equal to 110 kg/mm2. These are balls have been designed as well for a shooter than a pointer.

Why choose this triplet balls?

Boulenciel is a manufacturer that emerges and yet, it has already made a small reputation in the bouliste universe. Indeed, his balls are known to be the most balanced in the world. This prowes, the ensign owes it to an original manufacturing process and from a advanced technology.

What are its characteristics?

Just like its stainless steel counterpart, the triplet Boulenciel Venus Carbone is admitted to competition. This has the particularity of being completely smooth. Upon delivery, ball new is coated with a black protective layer that will deteriorate over time.

Our advice to maintain this ball competition

♪ balls of petanque Boulenciel Venus Carbone 110 can oxide. To keep your triplet in good condition, clean each sphere with a chamoisine after each use. Once you get rid of the dust, wash your ball with water and soap. Make sure it dries well before putting some fat or oil.

here is the list of option we recommend to choose

You can click on item you want to choose

Are you sure you want to add to cart without choose them?

You are using an outdated version of your browser. To enjoy an optimal experience on our site, please update it.